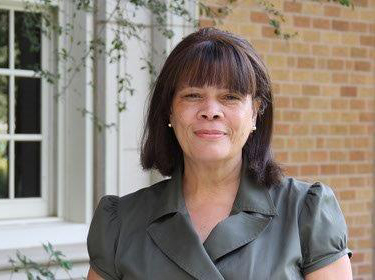 Simmons is a translational cancer biologist and co-principal investigator in Tae-Youl Choi’s Biothermal Cancer Detection Research Group, where they study the progressive and fatal cancer Glioblastoma Multiforme (GBM). Her research spans the spectrum of transdisciplinary to affect translational outcomes, but her dreams to contribute to the well-being of humanity are steeped in family tradition.

“For my father, working hard was the minimum expectation, and it is a principle he very much instilled in me throughout life,” she said. “There was an expectation that no matter what you were doing, whether it was at a store tying bows for presents – my very first on-my-own-non-paying-real job in the fifth grade – or working within some other capacity, you’d better be doing the best job you can be doing in that.”

Simmons’s father didn’t just talk about excellence; he lived it.

“Dad graduated from high school at 16, and started living the American Dream when he was accepted to college,” said Simmons. “His time in college was paused by the Navy where he went and served our country.”

Perry was signed by San Francisco 49ers as their first Black player, was the first Black National Football League MVP, was named to the pro-football Hall of Fame in 1969, was a pro-football coach and pro-football scout. He also served as the Vice President of Sales at Gallo Wines, and dedicated years of service and charitable work to the Hall of Fame Golf Classic.

“When my dad passed, he also gave the gift of life to science, medicine and society by donating his brain to Boston University Medical, where biomedical engineers use 3D brain tissue models and AI to study TBI sport-related chronic traumatic encephalitis, which is a degenerative, fatal brain disease,” she said.

For Simmons, Perry exemplified honor, principles, a strong work ethic, and a ‘can do’ belief and behavior that fit perfectly with the Engineering Excellence Fund, allowing her to share his “code of excellence” with the hope that it allows a glimpse into how he lived and offers opportunities for others to set their own code of excellence.

“Excellence is an internal barometer. It really is based on a view of yourself. The metrics are principles and ethics and hard work. It is beyond intelligence,” she said. “So, the Engineering Excellence Fund has some meaning to me. When Angus McColl and I discussed this gift, I had initially wanted to donate and honor my Dad in silence, but after the discussion, I realized speaking up and sharing his story would not only honor him, but also encourage others to give. To me, this is such a great way to remember and honor my father. I smile as I reflect that Dad’s simple code of excellence will influence generations of Engineers nine and a half decades after his birth.”

Gifts may be made to specific department excellence funds or department scholarship funds by visiting the University Advancement webpage, selecting “other” under Area of Support and typing in the particular department and fund.