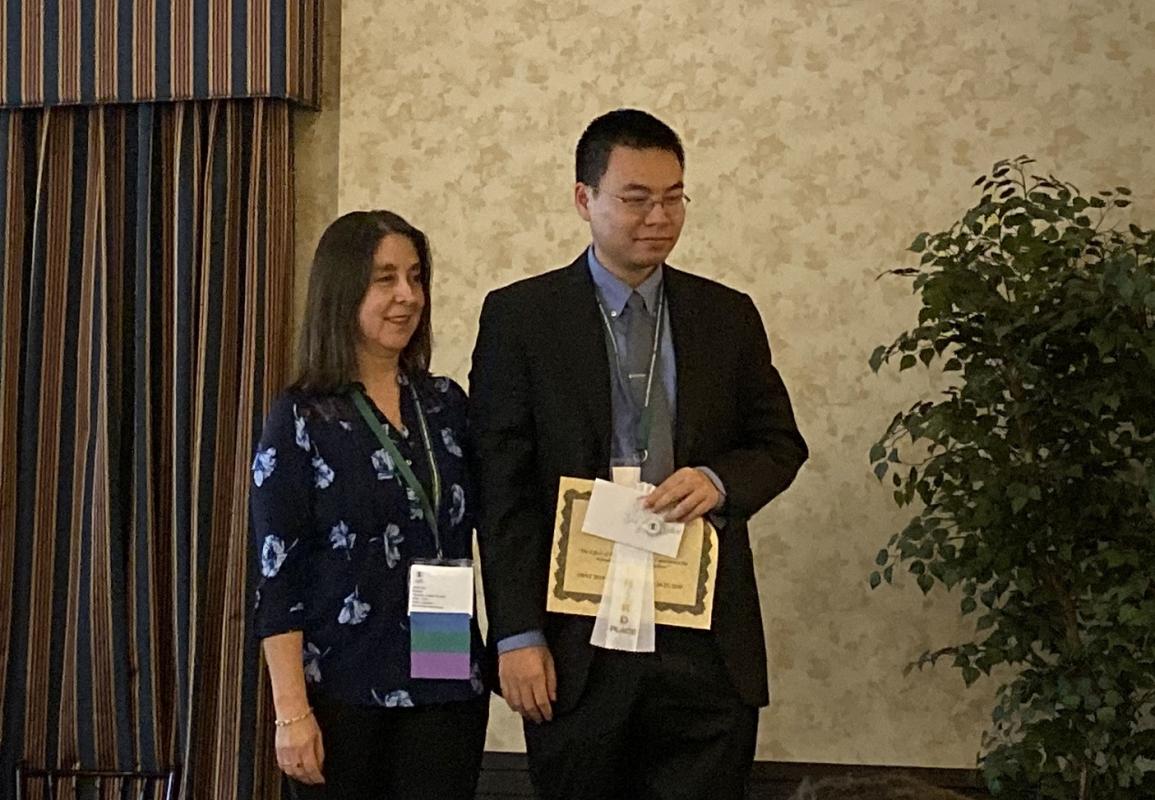 In 2019's Society of Wood Science and Technology (SWST) 62nd International Convention in California, University of North Texas Department of Mechanical & Energy Engineering doctoral candidate, Jiyao Hu, placed third in the student poster competition. The SWST poster competition aims to recognize excellence in student research and improve the visibility of student research efforts. Hu’s research focuses on how the internal structure of activated carbon affects how much charge it can store after being made into supercapacitor electrode. “Activated carbon poses a promising electrochemical storage material with its highly porous surface and low cost,” Hu said. “Research was conducted to study the effect of activated carbon material properties on supercapacitor performance, specifically its ability to store a charge, in hope that activated carbon materials could be better engineered for future energy storage applications.” The activated carbon that was tested is usually used in purification applications, such as water filtration. Hu is the third UNT student to place in the SWST poster competition, with Changlei Xia in 2015 and Mauricio Londono in 2013. All three students’ were advised by Sheldon Shi, a faculty member within the department, whose research is in the area on bioproduct manufacturing.
Top